~ Here at THK, we typically focus on just one aspect of healthy living – deliciously great nutrition. But when we polled our readers a few months ago, they were interested in expanding to some other related topics, too. So today, I’m dishing up a little inspiration to kick-start our summer fitness goals. Wanna join me? ~ 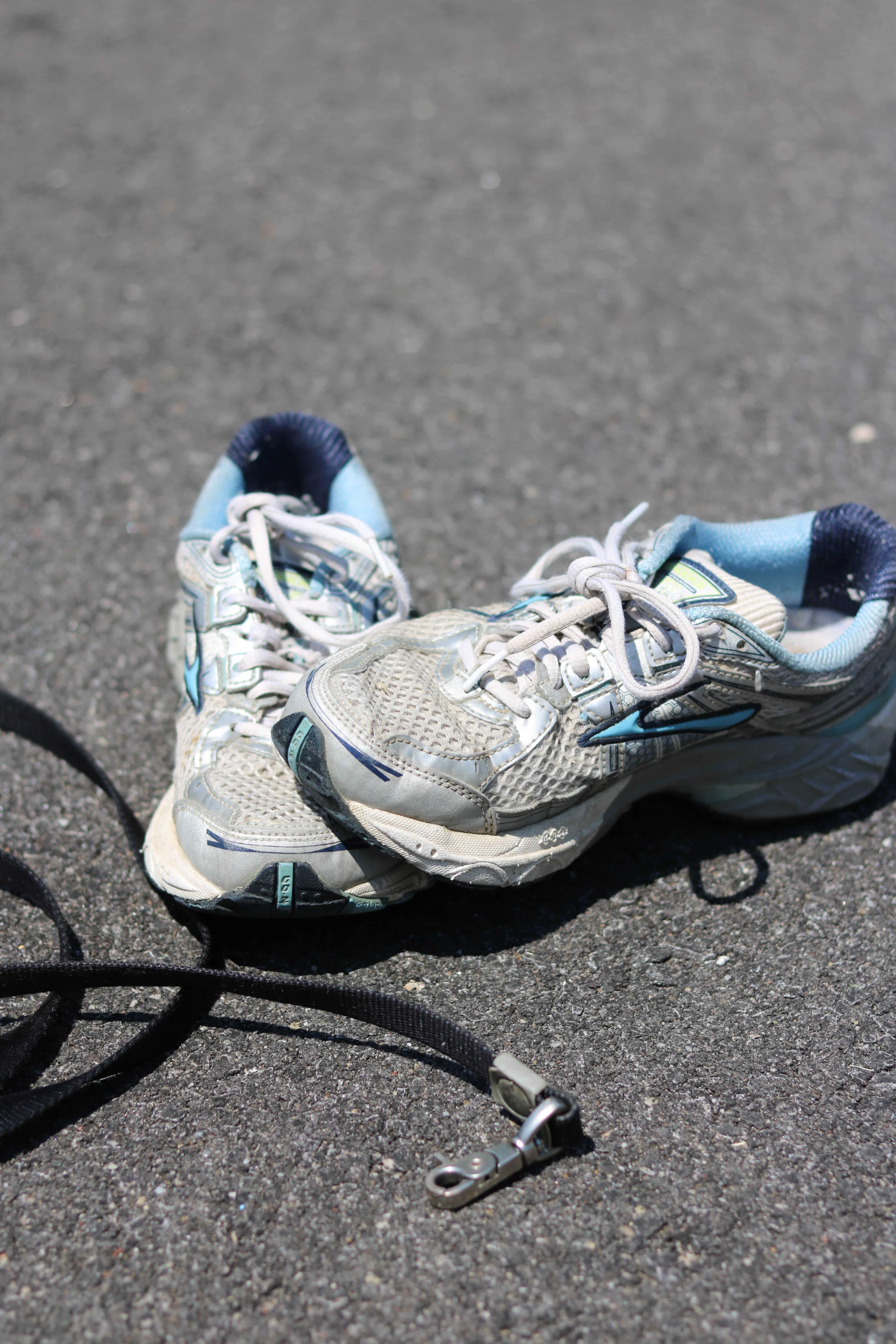 It’s June 1, and I need a little inspiration. Thought maybe you could use a little, too.

June 1 marks the kick-off of our family’s summer fitness program.

As an incoming freshman on the cross-country team, (no idea how my kids can be high schoolers already, but that’s a story for a different day), Amy’s summer challenge is to run 150 miles between June 1 and July 31. And if you think that sounds like a lot (’cause I sure do!), a fun little sidenote is that all the older girls on the team aren’t assigned 150 miles … they’re asked to run 200! *GASP* 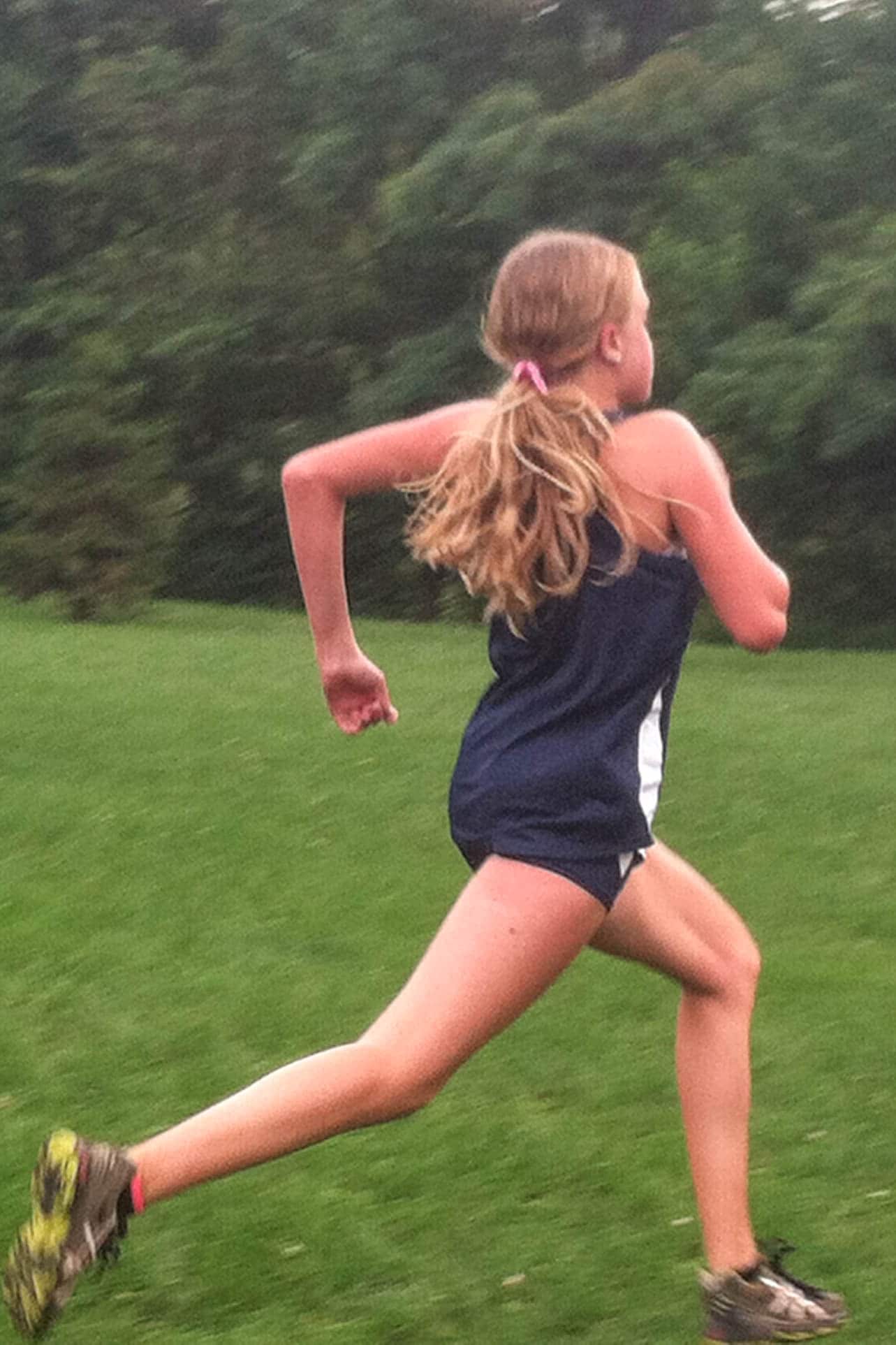 As Amy outlined her training program and set her goals for these next 61 days, Scott and I agreed to do the same. To support her … and to push ourselves. He’s trying for the whole enchilada – 150 miles right along with her. Please don’t think I’m wimping out … but being honest with myself, I’m committing to just 100.

Yes … I need inspiration! A really, really big kick in the pants. So I’m putting all of this out there for you … because once I’ve done that, it’ll be much harder not to follow through. I’d have to admit to all of you that I didn’t do it.

Plus, I thought maybe you guys could use a little inspiration, too. Or at least, a moment to think about your own inspiration. Running might not be your thing (read on … it isn’t mine either!), and your own reasons might be different from mine, but none of that matters. What matters is that you make a choice to make an improvement, to get healthier this summer – and that you find reasons that motivate you.

But really, that’s not why. I’ve been a lot of things in my life, and a runner really isn’t one of them. 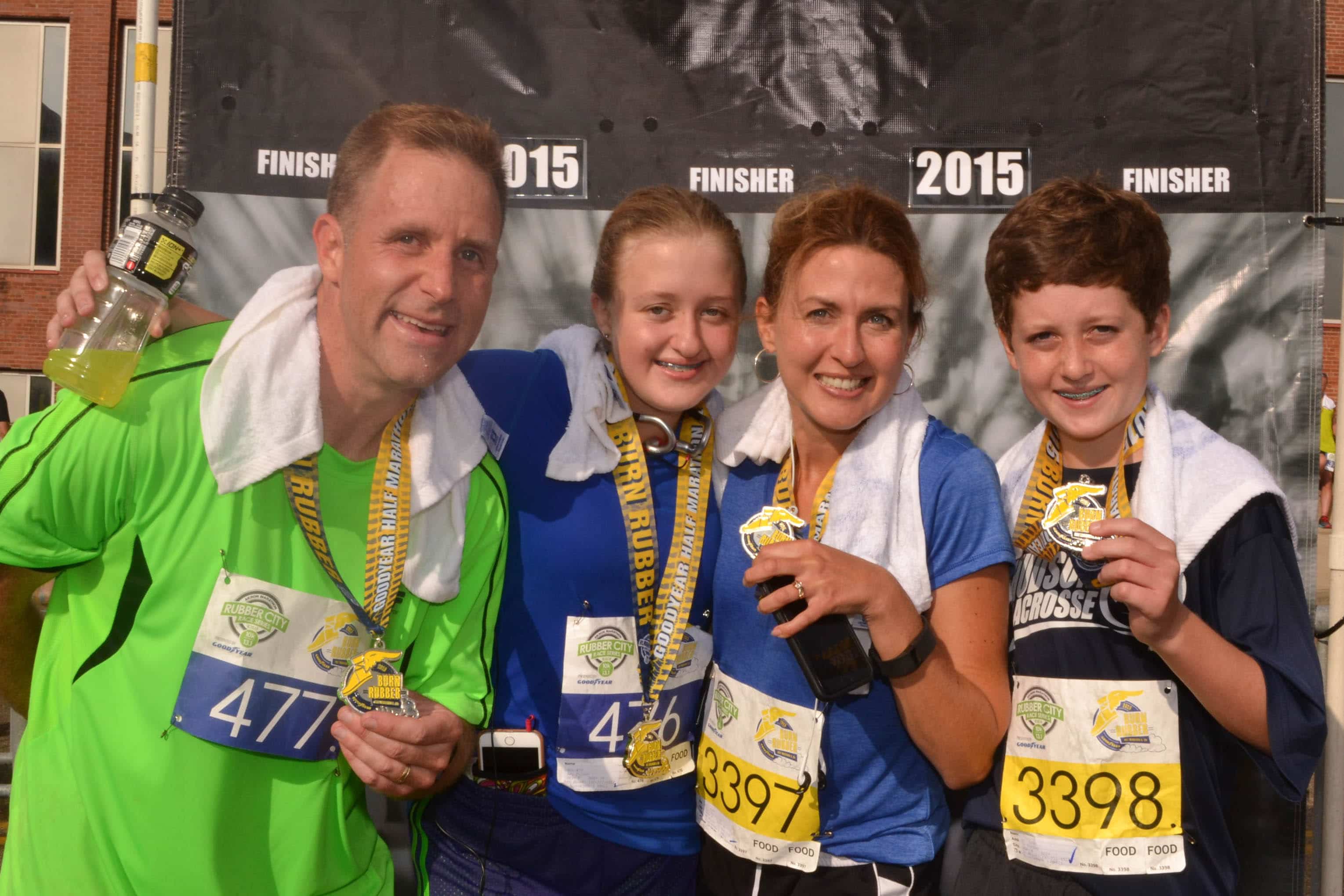 In high school, I played soccer (badly), ran track (even more badly … should’ve been my hint I’m not a runner), and danced with the marching band’s drill team. In college I was a cheerleader. I’ve done Jazzercise and kickboxing and step aerobics. I’ve even done slide aerobics. (Showing my age here … does anyone else remember the short-lived glory of slide aerobics?!?!) Water aerobics. Free weights at muscle-head gyms. Power walking, biking and hiking and even a little white-water rafting. Different things in different phases of my life.

But you know what is probably my least favorite of all? Running.

Yeah … I should’ve taken the hint back in high school, when my track coach amiably moved me around to whatever event would allow me to do the least damage to my team’s standing.

I’ll straight-up admit that I probably won’t always run this much. Honestly, I sure hope I don’t! But I’ll be doing something. I’d love to get back to dance aerobics and weight lifting. Or who knows … maybe I’ll invent some new cooking sport that’s just perfect for me. Full-contact baking, anyone? Competitive onion chopping? Whatever it ends up being, thanks to these years of running, I’ll be fit enough to handle what’s next.

So, yeah – I exercise for me. But running? Uh-uh. That’s not so much about me as it is about other people, other things. Things that are so important that they make me want to go run even though I don’t really like to. 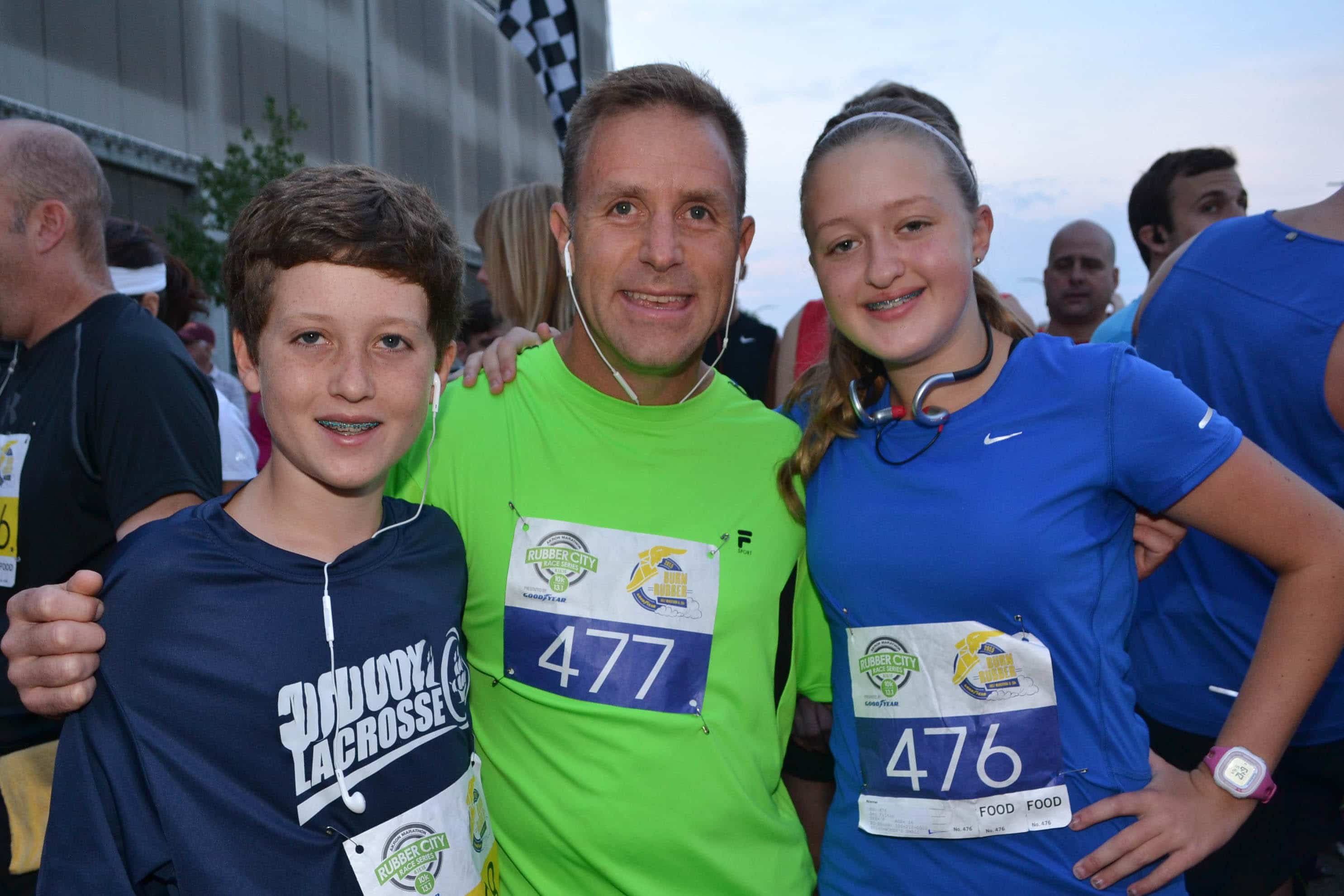 Things that are the real reasons I run.

#2 – For My Daughter (Definitely a Real Reason)

When Amy was in third grade, she became a runner. It completely and utterly surprised us all.

She joined the local youth running club, and she never looked back. She found herself in ways we never would have expected, and through sore muscles, driving rain, and freezing cold … she loved, loved, loved running. 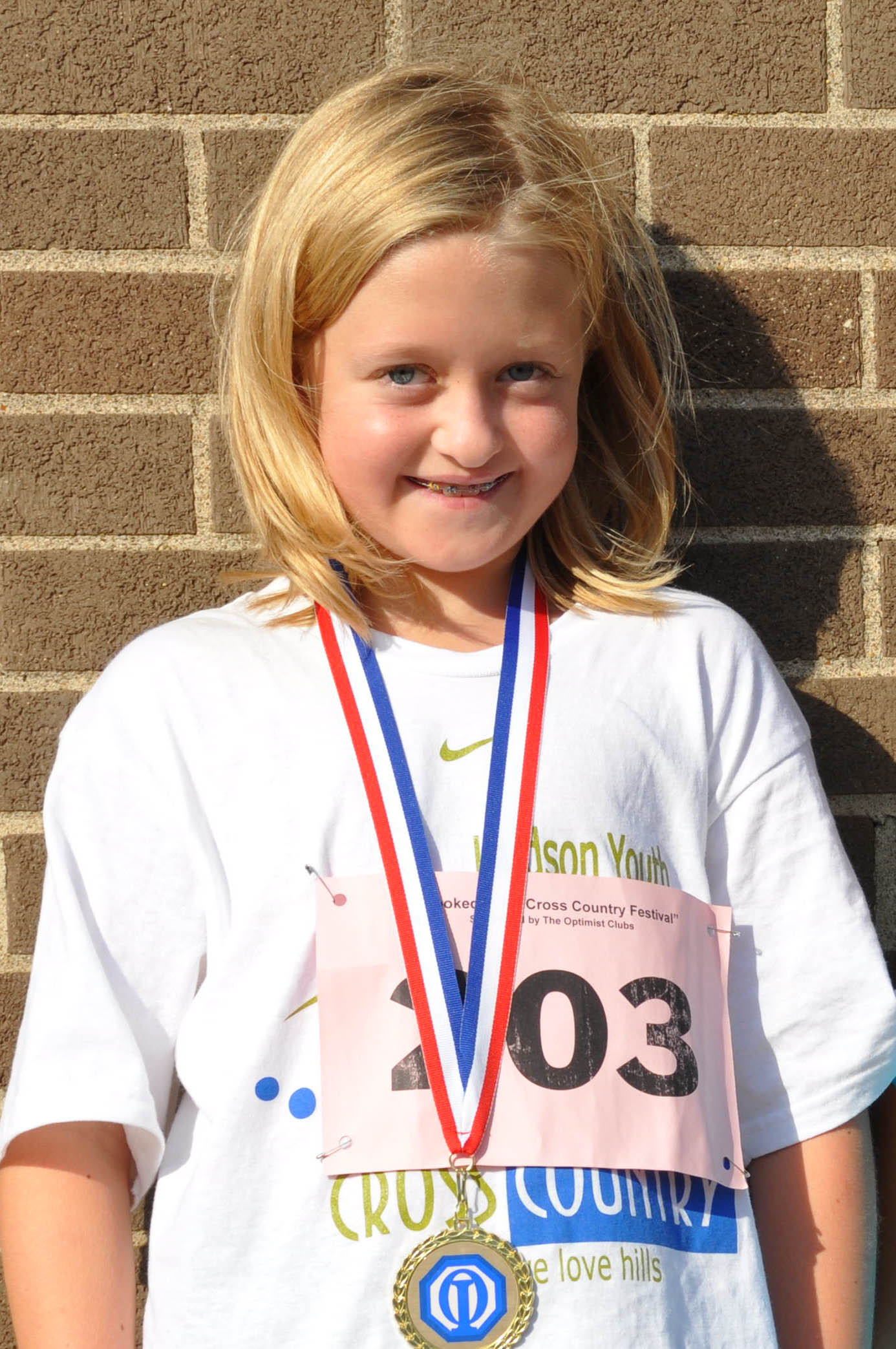 So there we were. Parents who’d never considered ourselves runners (Scott had his own less-than-stellar high school track experience), with a daughter who was, without question, a runner. And we couldn’t just send little third-grade Amy out the door to run a few miles by herself. (*Harrumph*)

And I’m incredibly glad we did. Not only has running shaped who Amy is – her hard work, perseverance, self confidence – but it’s helped define who we are as a family, too. One more activity to bond around, to share together. Amy gave that to us. And so, I run for her.

Even though “running together” has been virtually meaningless for years now, because she runs so much faster than I could even hope to, we still like to run “together” (meaning that we head out the door at the same time, and we pass each other as we loop ’round the neighborhood). 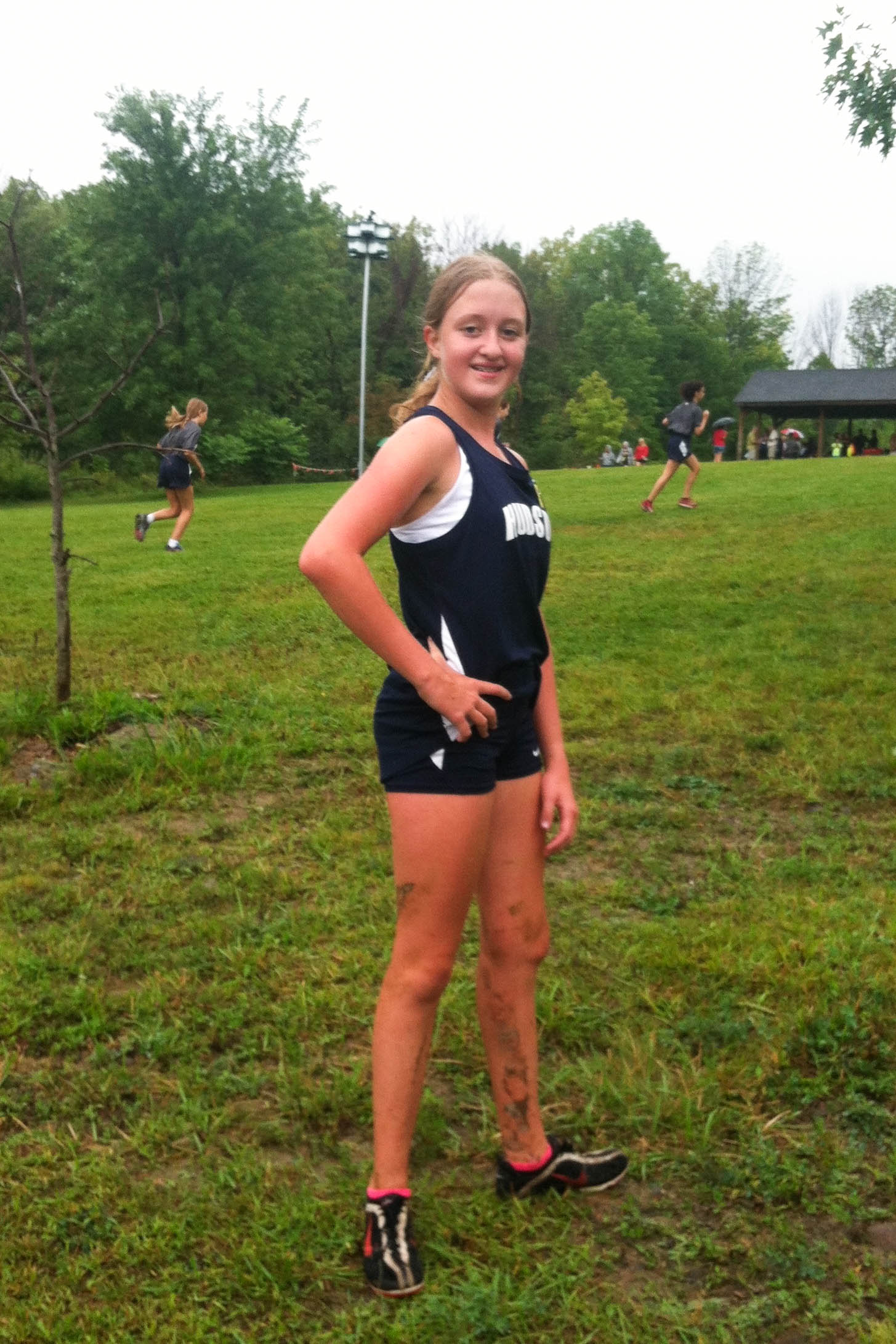 Honestly, for all of the reasons why I run, it actually comes back to this one reason that started it all off – I run for Amy.

My husband and I talk to our kids all the time about making good choices – healthy choices, responsible choices. We talk about it, and we try to model it. I want them to see that sometimes I do things I don’t really like to do – because they’re the right things. I want them to know that it’s ok to struggle, and that it’s really, really ok to do things you’re not particularly good at. I want my kids to see me try hard. I want them to watch me set goals … and work hard to achieve them.

Last summer, when Amy and Scott set a goal to train for a half marathon by summer’s end, Ty and I set a more moderate goal to complete that day’s 10k. We did it. He crushed my time and finished second in the Men’s 19 and Under Division. And me? I finished. Goal achieved. 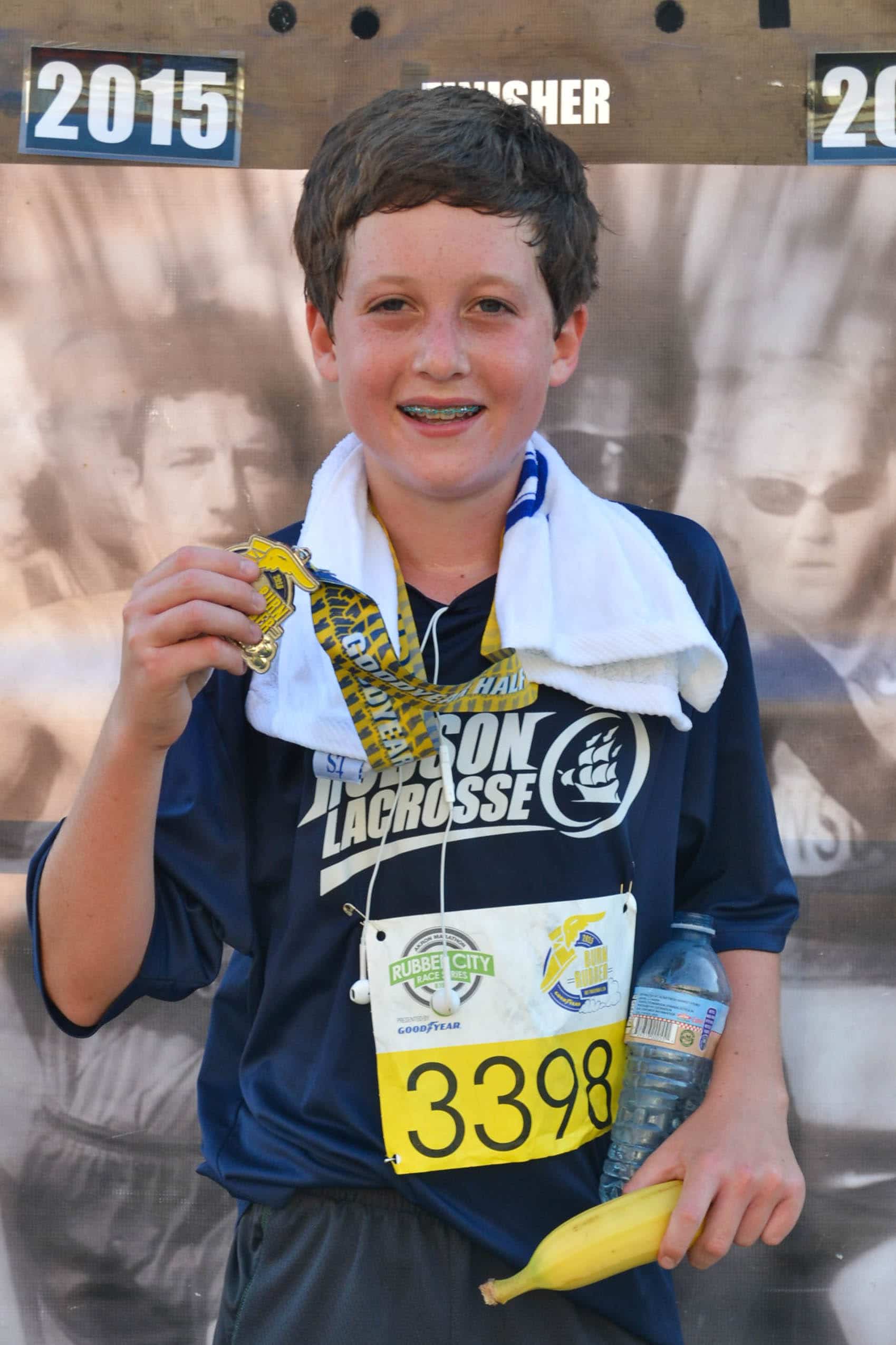 Even though Ty is focused on soccer and lacrosse, he runs with our family, too. And he’s good at it, even though he doesn’t really want to be. Besides finishing that 10k, he’s run with the youth team at Nationals two years in a row now, and he’s had a high school coach approach him in an attempt to lure him away from soccer and into the netherworld of cross-country.

Running has opened up an opportunity, whether he chooses to take it right now or not. Running is a life sport, a fall-back, a fitness regimen he can take with him practically anywhere. I want my son to have that, and to tuck little lessons about struggle and hard work and possibilities somewhere in the back of his mind … for one day when he’ll need them.

I own a Jack Russell/Rat Terrier rescue named Finn. The operative part of that equation is Jack Russell. You probably know that Jacks = energy. LOTS of energy. I run for Finn … for his sanity (and, therefore, my own). I run because it makes him happy and keeps him healthy, and because sometimes walking a mile or two just isn’t really enough and he truly needs to bust out an exhausting 5k. 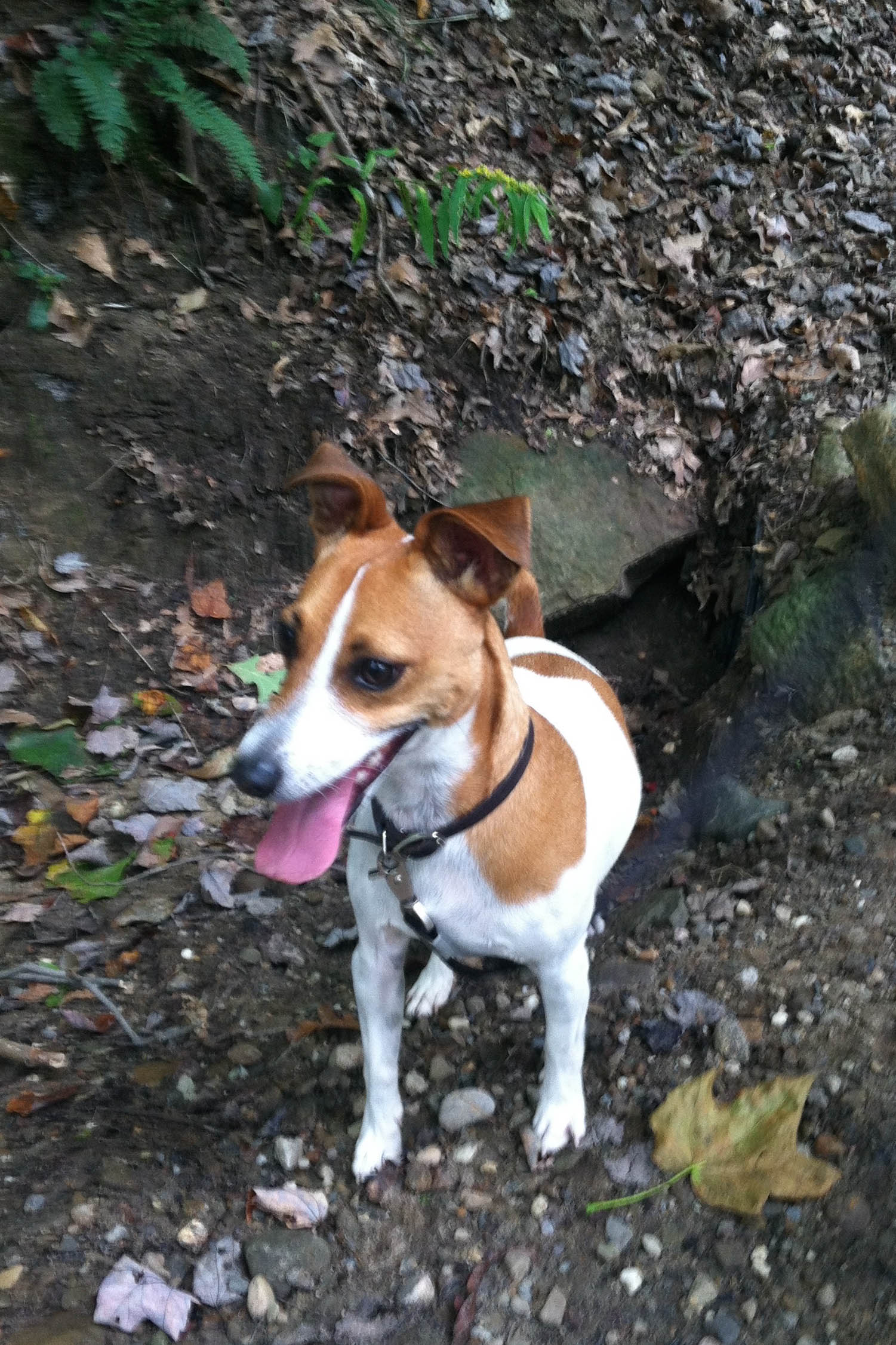 On so many days, when I really don’t want to go for a run at all, I look in his eager little face … and I run.

We own a treadmill we hardly use. An elliptical, too. When I run, it’s usually outside. I love outside, and running is an excuse to be there. To breathe fresh air, feel vitamin D-filled sunshine on my face, and recalibrate my mental attitude in the way that only nature, and being outdoors, can. It’s a mental break from my computer, from the laundry pile, from my grocery list. 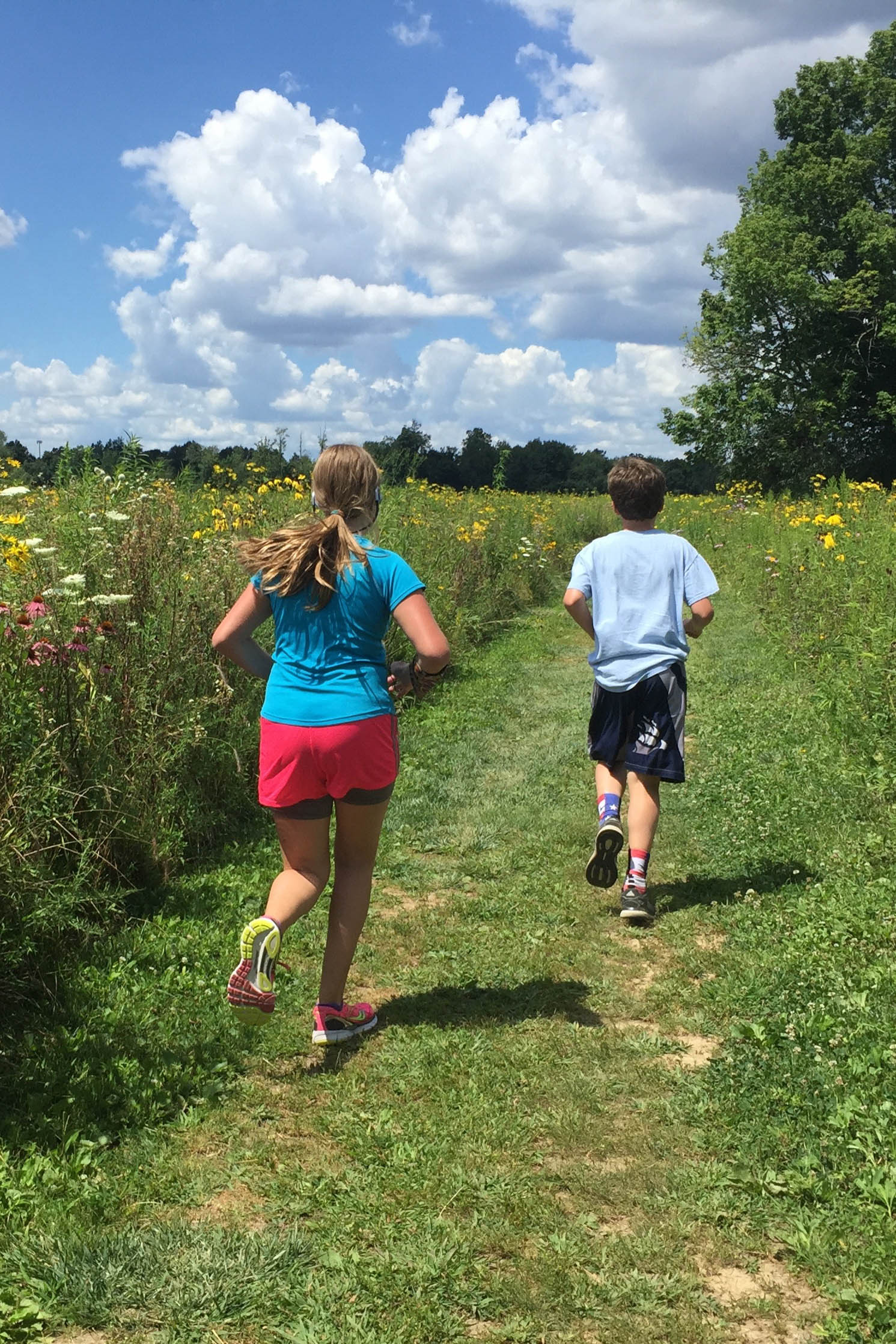 Need an attitude adjustment? (Because sometimes I sure do!) Well, few things will fix you up faster than some exercise in the fresh air.

Somewhere, long ago, on some other blog that I no longer remember, I read a young woman’s list of why she runs. Mostly, I doubt that it had much relation to my own list of reasons, but this one point stuck with me, and I’ve made it my own.

I run because I can.

Because I’m healthy enough and young enough and fit enough, and because my neighborhood is safe enough.

I remember last summer, when my family and I were out for a trail run – I passed an elderly gentleman with a walker and an oxygen tank, making his way slowly along the trail toward me. We grinned at each other, both happy to be out on such a beautiful day. And I thought … because I can. My trail buddy there couldn’t. He could simply shuffle along, a few meters from the parking lot. Someday, that could be me. But right now, I have strong lungs, and I can.

I think the same thing sometimes when I pass by one of my neighbors. He’s missing the bottom half of one of his legs, yet he rides bikes with his kids and uses a push mower to mow his hilly, steep yard. I see that, and think that if he can manage all that he does, then surely I can embrace what I can do.

And I think, too, of women in countries where it’s not safe to be out, where bombs fall or they’re required to have male chaperones to leave their homes. They can’t simply decide to go out for a run in the fresh air and sunlight. So, shame on me if I don’t remember to embrace what they cannot … because I can. 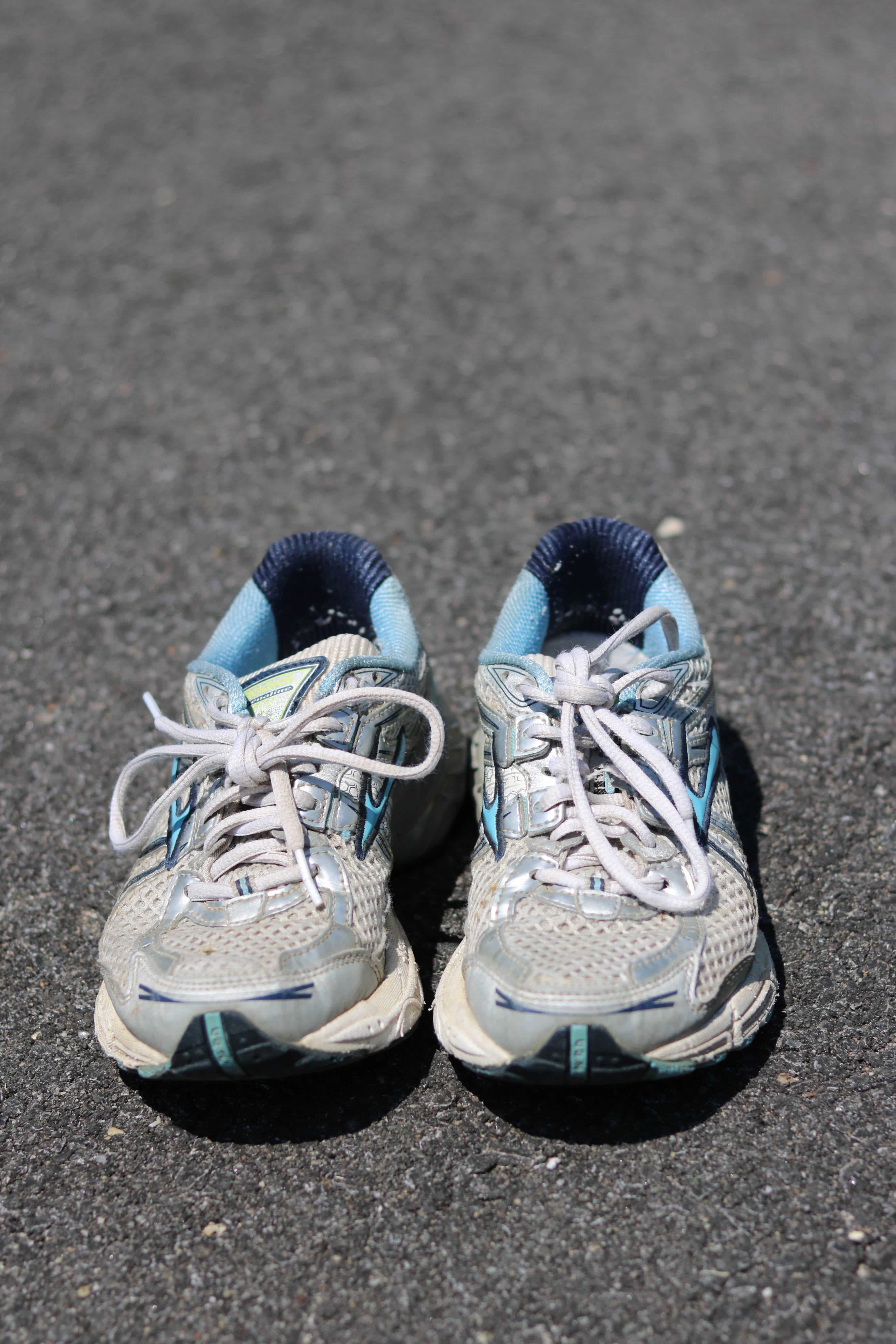 Sometimes, some days, running feels just a tiny bit like torture. But it’s also sort of a privilege – and not one that everyone has. And so, I sigh … pick up Finny’s leash … and head out the door. Because I can.

What Are Your Reasons? (And Why “Maybe”?)

Well, lots of people make New Year’s resolutions involving fitness. And by this point in the year, most people have also completely neglected and utterly forgotten them. I personally think that this is actually a much better time of year for fitness resolutions. Schedules tend to be a little calmer, the weather (at least here in Ohio) tends to be better … and so there are simply more options and opportunities. It’s easier to exercise when you don’t have to tuck yourself into a snowsuit and galoshes to get out there and do it.

I really want you to join me. Now. This summer. Join me in choosing something – anything – that appeals to you. Any one little thing that makes you even a tiny bit more active, more healthy, more fit. Check in with your doc first if you need to, but don’t make excuses. Do something, anything.

That’s how you can join me!

You don’t have to commit to running 100 miles in the next two months. And goodness knows, I’m not entirely sure that I’ll succeed! Just commit to doing something.

That’s why I say “maybe”! Because I don’t want you to think that your something has to be running. Remember … it can be anything!

Find your reasons, your inspiration. And then go do this!

I’m not 100% excited about those 100 miles, but I’m definitely excited to hear why you do what you do … so leave us a comment and let’s support each other this summer! 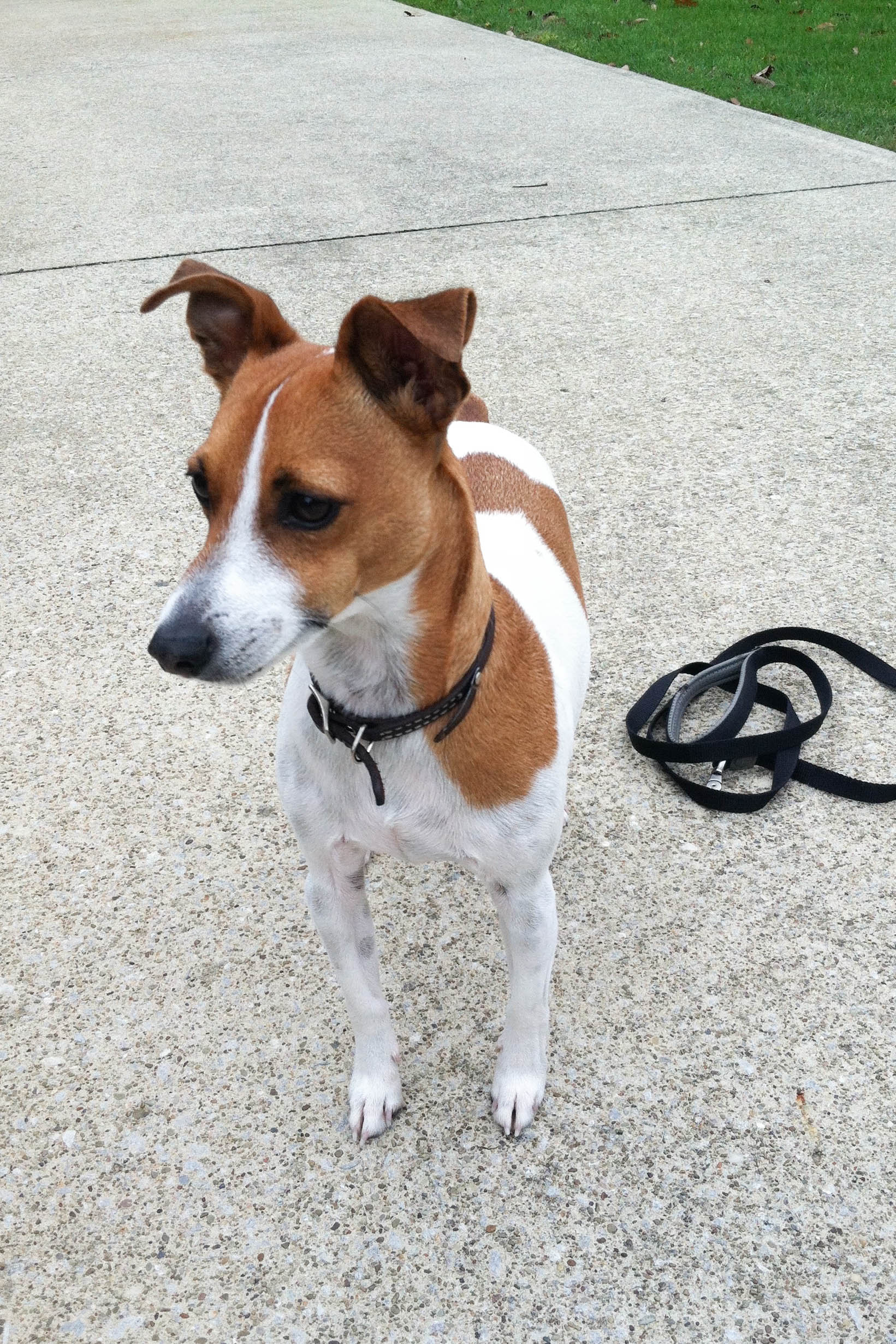 Why I Run (a Teen Girl's Perspective)
Join Us in the Fight Against Hunger! {And Win a Free…