In a large nonstick skillet, heat oil over medium heat and add onion, cooking until the onion begins to soften (about 2 minutes), stirring occasionally.

Whisk flour into milk. Slowly add milk mixture and broth to pan, whisking continuously as you do so (to avoid lumps), until the mixture is smoothly combined. Increase heat to bring mixture to a boil. Once boiling, cook until slightly thickened to a gravy-like consistency (about 4-5 minutes), stirring occasionally. (You can cook it until it's slightly thicker, or slightly thinner, depending on how thick you personally want it.)

Meanwhile, toast 4 slices of bread. Remove pot pie mixture from heat and serve immediately over toast, garnishing with a little fresh parsley (if desired for a pretty presentation).

Turkey (or chicken): You can make this recipe with either leftover turkey or chicken. When we make it with chicken, we usually grab a store-bought rotisserie chicken, which is a quick and easy option, but you can also simply plan on cooking a couple of extra chicken breasts whenever you’re making chicken, so you have extra cooked chicken for this recipe without any extra work.

Make-Ahead Steps: You can make the pot pie "filling" entirely ahead and store it in the refrigerator for a day or two, until you're ready to toast the bread and serve your pot pies. Simply reheat the "filling" gently while the bread toasts, and it's ready to go. 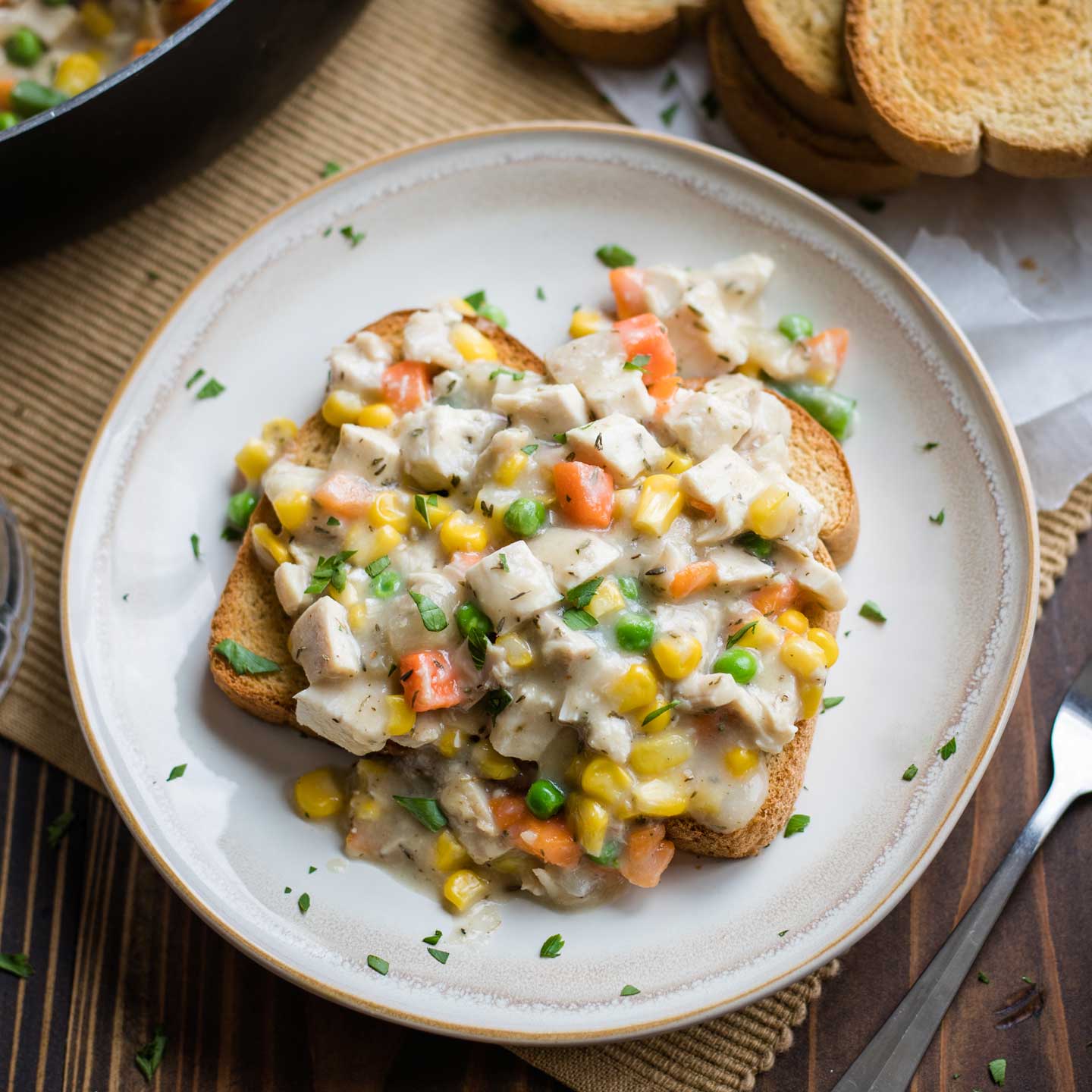